Home/Family, Inspiration/Meeting a “Movie Star” in Maine
Previous Next 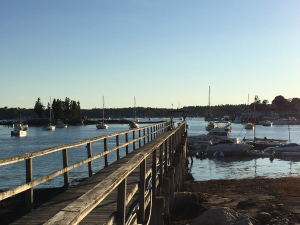 For the last 25 years of my life since I met Mark, I’ve spent some part of almost every summer vacationing in Maine. Mark’s family has a summer cottage on one of the Belgrade Lakes, and the extended Easton clan gathers here to catch up, refresh, and enjoy summer traditions together. The younger cousins especially look forward to inner-tubing, wakeboarding, miniature golf, chocolate donuts, Gifford’s ice cream, and Grandma’s cookies.

This year, as I wrap up our two week stay in picturesque and memory-filled Maine, I can’t help but think of someone I met here who inspired me to write my book. He also happens to be a relative on Mark’s side, and I met him at a family reunion in 2006. 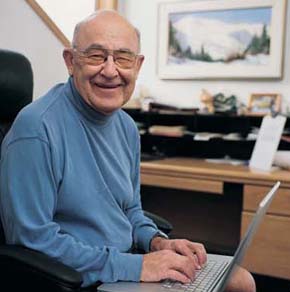 He is the late Donald Graves, Professor Emeritus of Writing at the University of New Hampshire who revolutionized how to teach writing in schools. Don is revered in the teaching world for his paradigm-shifting writing techniques, and is considered a “movie star” in this field according to one of my son’s former teachers.

I feel fortunate to have a few emails that Don and I exchanged when I asked him for advice in writing my book. Don passed away in 2010, but I treasure the messages he sent to me shortly after we met. I look back at Don’s emails with appreciation and nostalgia because I see how influential he was in shaping my book, and teaching me the habits of being a good writer.

I had to write Don one final email of appreciation, as you will see below.

We are off cycling in Europe and leaving tomorrow.

It was such a pleasure to meet and chat with you.

How was your biking trip? I trust you had a wonderful time and enjoyed the holidays with your family. Ruby and Cabot were here in California over Christmas, along with Martha and her family. We had a lively group of 10 here! I read your HOW TO CATCH A SHARK while everyone was here and we had quite a few laughs over Uncle Ernest and his tests. I especially enjoyed your reflections on your mother, and how she used to ask you “It’s 10 o’clock, what have you accomplished today?”

Well, I’ve found out a lot about you since we last spoke, and I had no idea how famous you were until someone said you were like a movie star in the education arena! I said I just happened to meet you at a family reunion and now I feel like a movie star! This all started when I mentioned to my son’s fourth grade teacher, Stacy Upton, that you were a relative of mine and she almost fell over. She is one of your many devoted fans, and she says she follows your techniques when she teaches writing to her kids. My son’s writing has already shown improvement, and now I can thank you for it! We also have a writing instructor at school who has been hired to help teachers teach writing and her name is Lorrie Tom. Lorrie told me how her friend Lizzie Calkins used to go two hours each way to have a 15 minute conference with you. Anyway, I am very happy that I had the good fortune of meeting you this summer.

Before I say goodbye, I wanted to let you know of a writing project I have been working on for the past few years. I have two grandmothers, both 90, who have led amazing lives through two world wars, the Korean War, emigration to the U.S. and so much more. I have interviewed them both several times, just to get down some basic history. I have a bit of a language barrier, as my Korean is limited and they speak only Korean. But I would really like to get more of their story, and then do something with it. But what, I don’t know.

I have a book about preserving family history through oral interviews and I’m thinking I should just do a series of short interviews about their childhood, their favorite things, habits, the house they grew up in, etc. Maybe that will give me some ideas as to whether just to preserve the interviews and transcribe them, or maybe write some sort of memoir of their lives later.

Do you have any thoughts? I’ve been thinking about taking a writing class, or a memoir writing class, just to give myself some structure. I find I can’t do much if I don’t have an appointment to do it. Thanks for listening, and I’m looking forward to talking to you again soon.

Yes, our biking trip went very well. We were cycling for about 30 days. The first part was on the Croatian Islands. We had to cycle up 350 meters from the shore. Our leader wanted to see what we were made of I guess. The second part was cycling in Sicily. That was not nearly as difficult.

So, you were reading my books. Yes, Uncle Ernest sure put me through my paces. My Mother did as well. Well, it is a small world isn’t it? Yes, that would be Lucy Calkins. She is a professor at Columbia and used to be our baby sitter. How about that!

As for advice, I’m pondering your question. If you go small, you zero in on the grandmother and ask her to tell of an incident that is rather startling. It is the quality of the detail that makes the story move. If you go large then things get panoramic. That is, you cover a life or a portion of a life. I’m afraid the book would be too large to go through two World Wars. But maybe just focusing in on the second world war would be enough. We will need to go back and forth on this. Perhaps a phone call might be better….

It is so nice to hear from you Rosa. I’ll be right here tomorrow morning if you can give a ring.

A nice conversation this afternoon. First, I want to encourage you to choose one grandmother. I suspect that this grandmother is going to kidnap your father and take him off on a trip to Korea. Those were some pretty touch decisions she was making. In fact, deep down she was one courageous woman. What person do you think you will write in? First, second or third person? First person, present tense is the easiest.

Write every day if only for a few minutes. You will want to keep the thinking going. Just touching it will make it so. I can tell that you have great discipline and therefore will just keep the book going.

Don’t worry about data. That can be filled in later on.

I am most enthused about this project. On the other hand you may not want to respond to this email but that’s ok. Can you hear me cheering you on???

Yes, I hear you cheering me on, here in Maine where I first met you at the Manter Family Reunion. We were somewhere near the family museum table displaying maple tree sap pails at Uncle Warren’s when we started talking. Someone had told me you were a writer, so we started talking about my involvement as a teaching parent at my son’s elementary school, and how he was learning to write. I could tell you were knowledgeable, but I didn’t know you were a giant in the field until I got home.

I was so pleased when you encouraged me to contact you to talk about the book I was thinking about writing. I felt I had been given the gift of access to a great mind, and I couldn’t give up the opportunity to take advantage of it! Even though we didn’t get a chance to meet again and I was devasted to hear about your passing, those few emails you sent me transformed me from someone who thought about writing, to someone who actually started writing.

I thank you from the bottom of my heart for inspiring me to become a writer and write my book. It took me a lot longer than I thought to finish, but I did it! Your unflagging enthusiasm for my project kept me going. I know you influenced many others, and left a legacy of love of writing to generations of admiring teachers, students and writers. You are very much missed.

Do you have someone in your life cheering you on from afar? How has he/she inspired you to make your dreams happen?  Share your thoughts in the comments below. It will be fun to compare notes.

Enjoy these final days of summer 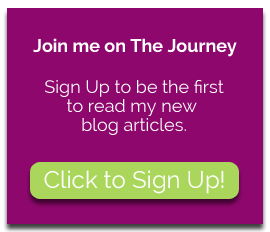 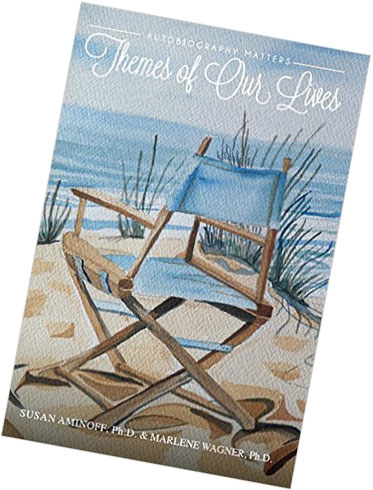