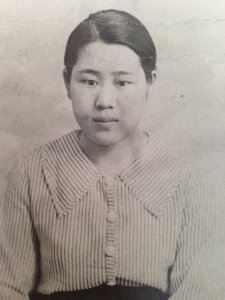 When I first started interviewing my paternal grandmother for my book, I couldn’t believe the stories she told me about her life as a young widow and single mother during WWII and the Korean War.  I knew she lived through physical hardships, but I had no idea the extent of her emotional journey while navigating family dynamics, love and loss during those extraordinarily difficult times.  I captured some of these moments in my soon-to-be-released book Echoes Across Time.

This is what my grandmother told me shortly before she passed away about her decision to escape from Japan with her son in 1943:

“When your grandfather died at such a young age, I took

[my son – your father] from Japan, to Korea, to Manchuria.  I didn’t know where I got the courage to “kidnap” this little seven year old away from the only home he knew, but I was afraid I would never see him again otherwise.  Even though I was Korean, the Japanese army had enlisted me to serve as a nurse in Saipan.  I had to escape to Korea for fear of losing my life and leaving my son an orphan.  God must have been guiding me because why else would a stranger have helped me buy those precious train tickets to Shimonoseki so I could run away? 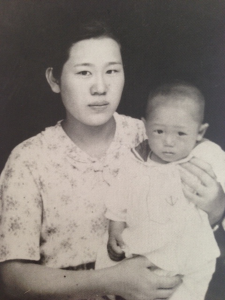 “When I finally arrived in Seoul with my son in tow, my sister was shocked that I had brought him along.  She thought for sure I would have left him with his grandparents and come alone.  She had already lined up someone who wanted to marry me, but he wouldn’t take me with a son already.  Although my life would have been easier if I had left my son with his grandparents, I couldn’t do that.  I had no choice but to take my son with me, and I haven’t regretted it.”

“We made it to Korea safely, but when I found a good nursing job and told them I had a son, they said I couldn’t have children in the dormitory and wouldn’t let me have the job.   Then we went to Manchuria so I could find work, and thank God, we left just in time or we’d be dead – mistaken for Japanese and killed by the Chinese at the end of WWII after Japan’s surrender, in retaliation for years of oppression.”

My grandmother’s story is remarkable for her time.  She fell in love with a man she knew was dying of tuberculosis.  She dedicated herself to becoming a nurse in a foreign country so she could find a job, even after just having had a baby.  But shortly after she successfully obtained her nursing license, my grandmother had to escape because the Japanese army conscripted her to serve as a nurse on a remote island in the Pacific, leaving the fate of her small child uncertain.

And all this happened when my grandmother was only about 25 years old! 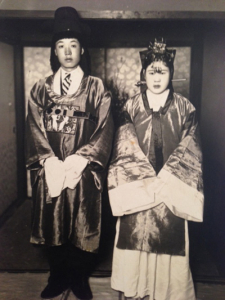 Although my grandmother lived in extraordinary times, she was also an ordinary woman in many ways.  She took whatever steps necessary to protect her son from danger and starvation, and provide him with an education.  She also fell in love.  She married a sick man, whose death changed her life and that of her infant son forever.   She also loved another man later in her life who again changed her life, but would provide her much heartache.  She sought happiness through love, but was disappointed in the end.

How much of your life experience is based on the circumstances of the world around you?  How much of your story is determined by you, and how much of it is based on family influence, or destiny?  I hope you will ponder these questions as you continue to travel with me on the next phase of my grandmother’s journey in my book.

Is there an extraordinary journey in your family’s history? Leave a comment about it below so we can compare notes.