Rosa Haewon Kim Kwon Easton? What kind of a name is that? It’s my full name, parts of which have been lost over time through immigration and marriage. Here is a story I wrote called “My Lost Names,” which was recently published in an anthology called Autobiography Matters:  What’s in a Name? 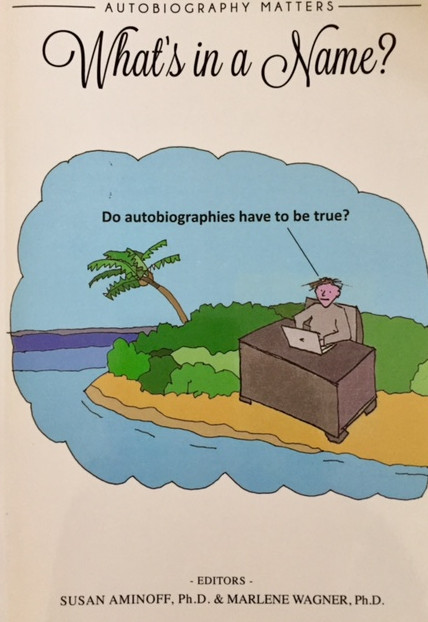 During a typical monsoon summer after my freshman year of college, my family took a trip to Japan so that my father could fulfill his lifelong dream of honoring the Kwon name by establishing a proper tomb for his father.  My grandfather passed away in Japan in 1937 when my father was an infant, and my grandmother escaped with him to Korea to avoid being drafted into WWII as a nurse.  My father had always longed to return to Japan and bury my grandfather’s ashes in the traditional Buddhist way.  Almost 50 years later, my father purchased a plot of land at Bukkokuji Temple in Kyoto where my grandfather’s ashes and bits of his larger bones rested in a wooden box wrapped in beige, polyester fabric.  With the monotonous chant of the monk echoing in the valley of the tombs, my father ceremoniously placed the box of ashes back into the earth, as was his filial duty.

At the tombsite, the marble gravestone solemnly reads:  “Andong Kwon Accumulated Tomb.”  Andong is the area of Korea where our line of the Kwon family originates.  The Andong Kwons were nobles, scholars, and advisors to the Korean Royal Family.  After my family was forced to move to Japan to find work during the Japanese Occupation, it was necessary that they be properly buried in Japan since that was their new adopted home.  This particular plot of land my father purchased would house the tomb of my grandfather, my father, the older of my two brothers, his oldest son and so forth.  All of their wives would be permitted to be buried there also.

According to Confucian tradition, the first son bears the responsibility to continue the family name and to assume the rituals of honoring his ancestors.  The remaining sons, if any, would have tombs elsewhere.  And for daughters, although I am a Kwon, it is assumed I will be buried with my husband’s family.

I was surprised that daughters and sons who are not first-borns are disassociated from their birth family at death.  This is true even if they do not marry.  If there is no son, there is usually an adoption to carry on the family name, and the adopted son gains his rightful place in the tomb when he dies.  In the older family registers that record the names of the family descendants, the only evidence that a female existed at all was the Chinese character symbol for female that is placed next to the name of the man, be it your father, brother or spouse.  Women were nameless, although that tradition is changing slowly as family registers are being updated.  Additionally, women in Korea do not change their last names when they marry, maybe for the very reason that their names are irrelevant when it comes to continuing the family namesake.

I struggled with whether to change my surname to adopt my husband’s name when we got married.  After all, Korean women didn’t change their last names upon marriage.  But since I was marrying a Caucasian man and living in the United States,  I had a choice.  Rosa Kwon? Rosa Easton? Rosa Kwon Easton,? or a blended name like Rosa Kweaston?  I decided to adopt my husband’s name because I felt it showed my commitment to our marriage.  My husband left it up to me, but he was appreciative of  my choice.

In the end, I chose what would be easiest for my future family, in spite of my feminist view that a woman should keep her name.  Additionally, I was in law school and hadn’t started working as a lawyer yet when I got married, so people in the workplace would not know me by another name.  Later, when I submitted my resume to law firms using my full name, Rosa Kwon Easton, the interviewers said that they didn’t quite know who might walk through the door because my name was so unique.  I appreciated that my name represented my new married identity, but I had given up part of my Korean identity in the process.

I didn’t think about the significance of relinquishing my surname.  I had not fully realized that one of my father’s primary reasons for coming to America was to obtain his rightful name, Kwon.  My father had been given his stepfather’s name, Kim, when he moved to Korea from Japan and was adopted by his stepfather.  At that time, my father did not know that he still had relatives who were alive in Japan.  When my father found out later about his family in Japan, it was too late to use his birth name Kwon in Korea even though he officially changed it back to Kwon when he became an adult.  That was due to a Confucian belief that changing one’s surname is the ultimate act of dishonoring your ancestors.

For my father’s entire adult life, he had wanted to use his birth name, Kwon, to honor his family of origin.  He also wanted to regain his  name that had been lost upon adoption.  My father was finally able to change his name legally from Kim to Kwon when he immigrated to the U.S. and later became a U.S. citizen.  He began to use the name Kwon immediately because it wasn’t culturally banned in America as it was in Korea.  Suddenly in 6th grade my name became Kwon, too, although everyone in America had previously called me Rosa Kim.

Changing my name when I got married from Kwon to Easton was bittersweet.  I know my name doesn’t really define me , or matter in my family registry, but I  feel I lost some part of my identity. Although some of my Korean relatives still call me by my Korean first name, that is not my public name either.  My Korean name is Haewon, which means graceful princess.  But I had to give up that name long ago when my parents first came to the U.S. and wanted me to have a more American name, so I could assimilate more quickly.

The name that I usually go by now is Rosa Easton, which is really not my name at all.  It is my adopted American name, and my adopted married name.  I feel a sadness that my children will not carry on my Kwon name.  Once I die, my birth family’s name, as well as my brief existence as a graceful princess, will be lost forever.

Let me know the story behind your name. I would love to hear about it!